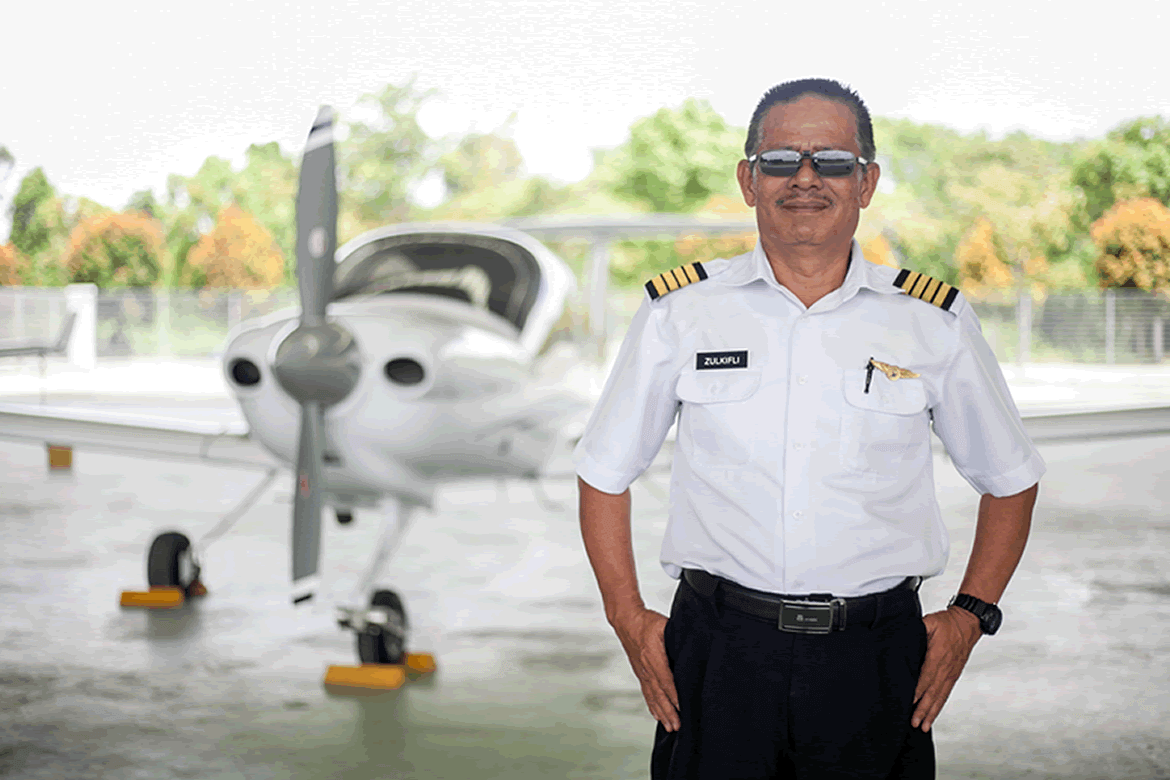 Capt. Zulkifli is reaching 40 years of flying experience. He had served in the Royal Malaysian Air Force for 13 years and as civilian had also served in two Approved Training Organisations (ATO) – MFA and HMA. In the RMAF, he was a Flight Commander. During his civil aviation services he has held various appoinments as Safety Officer Standards Officer and Chief Flying Instructor. He currently holds a CPL/IR license with Flying Instructor Examiner (FIE) and is an Approved Examiner (AE) as well.